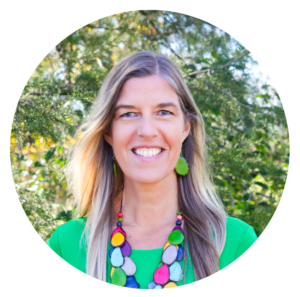 Hollie served as the Mayor of the City of Montevallo from 2012 until 2020, beginning her civic service as a Montevallo City Council member in 2004. During her tenure as mayor, the city completed over $10 million in capital projects including, among other key projects, a complete Main Street renovation, a 167-acre park development and the construction of a new city hall. Hollie has over 25 years of teaching experience, serving as a Professor of Special Education at the University of Montevallo, and Stephen F. Austin State University as well as a special education teacher at Loachapoka Elementary School. In addition to her work in special education, Hollie’s civic priorities include: inclusivity, sustainability, health and wellness, education from cradle to career, and increasing the civic efficacy of local youth. In partnership with other individuals and agencies, Hollie launched a number of initiatives that focus on individual and family well-being such as: Thrive Together Shelby County, Montevallo Connection, University of Montevallo Service Learning, Future Falcons, Falcon Scholars in Action, ESL programming, after-school tutoring, Falcon Flight, Montevallo Junior City Council and David Mathews Center for Civic Life Students’ Institute. Hollie now serves as the Assistant Vice President of University Outreach and Public Service at Auburn University, enabling her to further her mission of service to the state of Alabama. 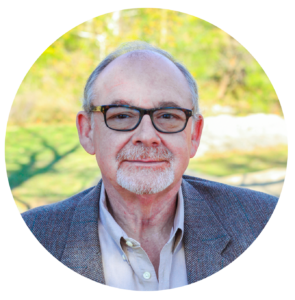 Herman has over 20 years of experience working in municipal government, serving four years as a City Councilmember and one and a half years as Assistant to the Mayor in Bessemer, Alabama, and 16 years as City Clerk & Treasurer between Bessemer and Montevallo, Alabama. For over a decade prior to that, Herman was a commercial real estate broker. Herman is currently the co-owner of Team Lehman, a Keller Williams Mega Agent real estate office situated in Montevallo. Herman is a founding member of Montevallo’s Main Street program, has served on the Main Street Alabama board, and is a past Board Chair of a local Chamber of Commerce. Herman has an undergraduate degree in Political Science from Sewanee: The University of the South, a Master’s degree in Business Administration from the University of Alabama at Birmingham, and a Master’s of Environmental Management from Samford University.

“TURNERBATSON has been honored to work along-side Hollie and her team on the transformation of downtown Montevallo. Hollie is inspiring to work with. Her vision, her tenacity, her warmth, and her passion have helped to nurture a revitalized downtown district and an enduring friendship.”
_
Dave Reese, President
TURNERBATSON Architects

"Over the last 15 years, I’ve watched Hollie and Herman repeatedly turn partnerships into progress with real results, creating a thriving and resurgent Montevallo. From parks to Main Street to a creative development authority, and dozens of other projects and initiatives, these two have built an infrastructure to support a vibrant and successful city for decades to come."
-
Denise A. Woodham
Chair, Montevallo Development Cooperative District
President, Shoal Creek Park Foundation Board

“Working with Hollie and Herman was such an enjoyable experience. It is rare to find people who are truly passionate about helping others. They both think out of the box and know how to implement and follow through with their visions. Absolutely delightful to work with.”
-
Cornelia Sides, Project Engineer, Volkert, Inc.

"Keys to the City is a joy to work with! For the past decade, I have seen firsthand their commitment to engaging citizens in every aspect of community decision making. Their dedication to diversity, inclusion, and excellence shines through every initiative, partnership, project, or program they have a hand in leading or supporting."
-
Cristin Brawner, Executive Director
David Mathews Center for Civic Life

“As a long term consultant to Hollie and Herman, I’ve had a front row seat to the impactful changes resultant of their shared vision for a city. Their patient, proactive approach to citizen outreach, green infrastructure, park & pedestrian development, cultural programs, and early engagement of the student population turn a place into a community.”
-
Matthew Burgess, Project Engineer, Garver

The City of Montevallo defined a vision under the leadership of Mayor Hollie Cost, City Clerk Herman Lehman and the City Council. In the years to follow, the City of Montevallo funded projects, got them built, and transformed the city into a model small town where civic pride has been elevated and the quality of life bar set very high.
-
Chuck Kelly
Kelly Landscape Architects